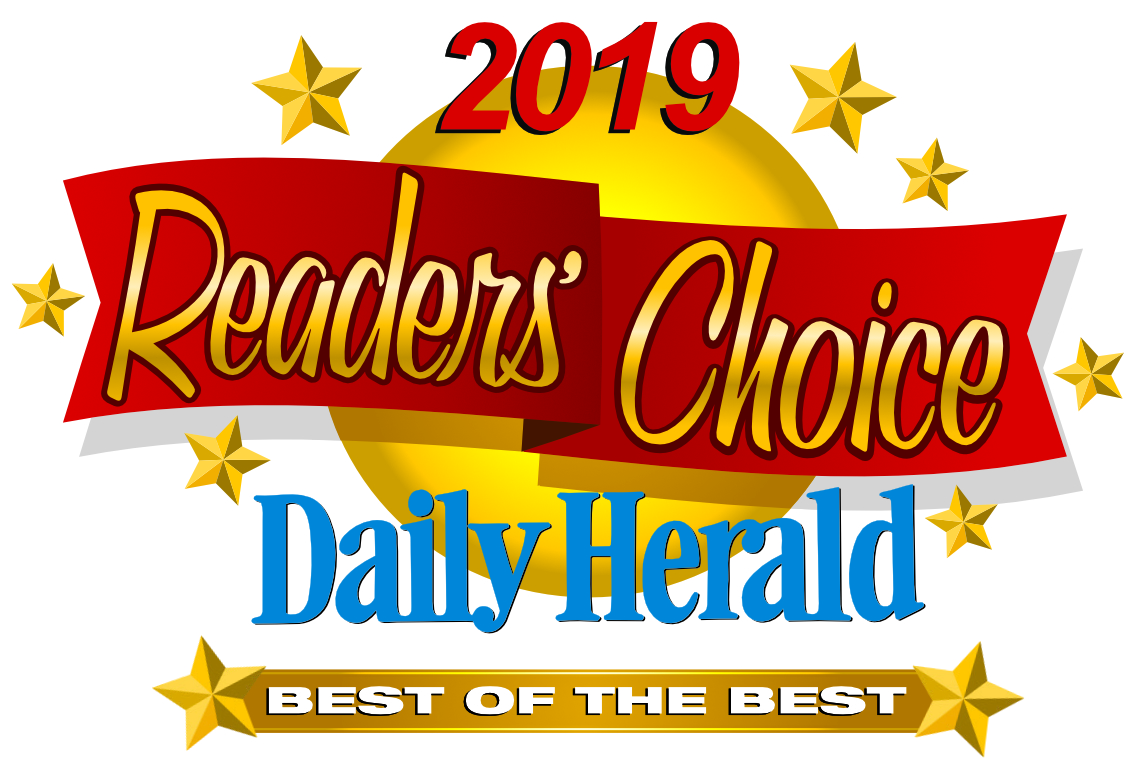 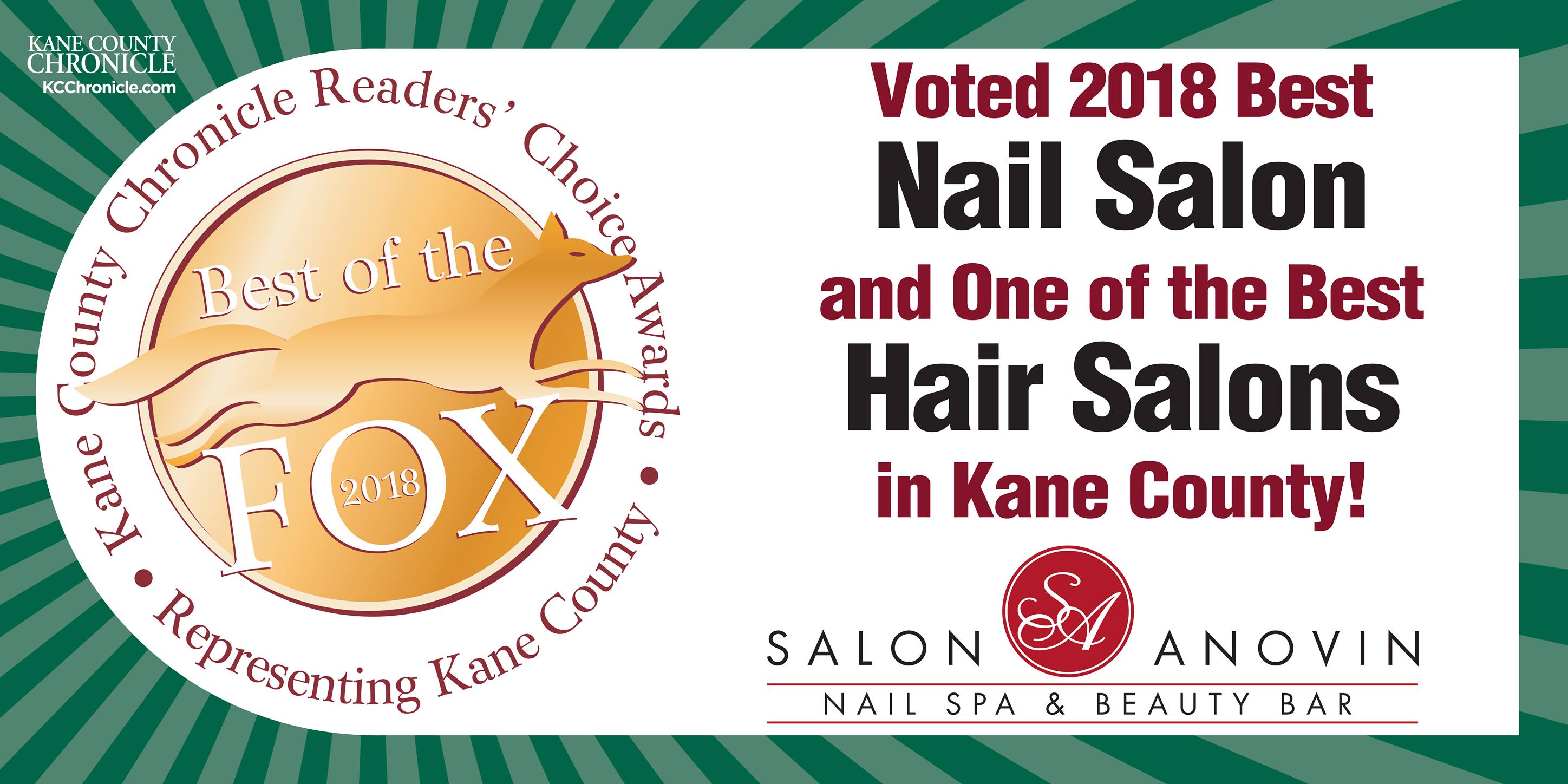 Voted 2018 and 2019 best nail salon and one of the best hair salons in Kane County, Illinois! 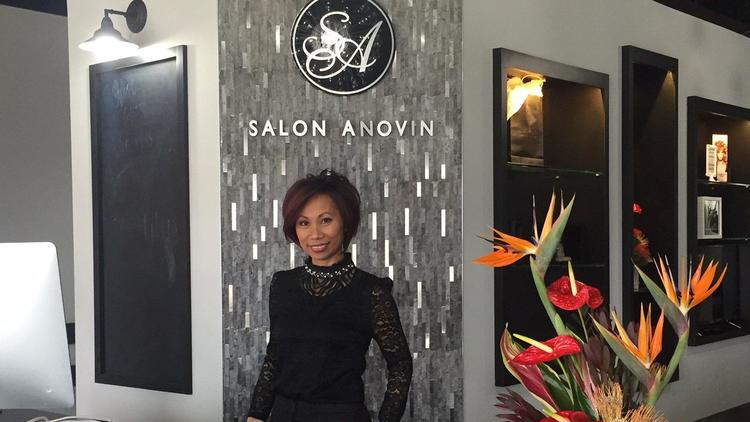 Down to business: ‘hair doctors’ at work at Salon Anovin in Carpentersville.

Salon Anovin “New You” event featured in the Daily Herald

Salon Anovin Kicks Off 2018 With First “New You” Event on Jan. 16 Free Monthly Events Focus on Hair, Nails, Makeup and Other Practical Beauty Techniques; Official Salon Grand Opening to Take Place March 9, 2018 CARPENTERSVILLE, IL — January 14, 2018 — Salon Anovin Nail Spa and Beauty Bar, the only L’ANZA Healing Center in the Chicago suburbs, is starting off the new year with its first “New You” event on January 16, 2018 from 6:00 – 8:00 p.m. at the newly renovated salon, located on Route 31 in Carpentersville.

L’ANZA Healing Haircare is proud to announce that Salon Anovin has joined the ranks as the newest L’ANZA Healing Center. L’ANZA Healing Artist Kate Volarath opened the Chicago-based salon nine years ago, and in that time she has transformed it into her dream salon where she enjoys working with clients to tailor designs that suit their daily lifestyle. Salon Anovin will offer full-service luxury to their clientele, including hair color, cuts, nails, waxing and makeup application. The space will also be made available for hosting parties and makeup/hairstyling classes.

“Kate’s intuitive nature allows her to create a personal, unique relationship with her clients, giving her the ability to go above and beyond to make their vision come to life. Her creative aptitude, accomplishments, and leadership skills are what make her the perfect person to lead other growing L’ANZA stylists and push them to achieve their true potential.

We can’t wait to see what she does next!” says David Berglass, CEO and President of L’ANZA. 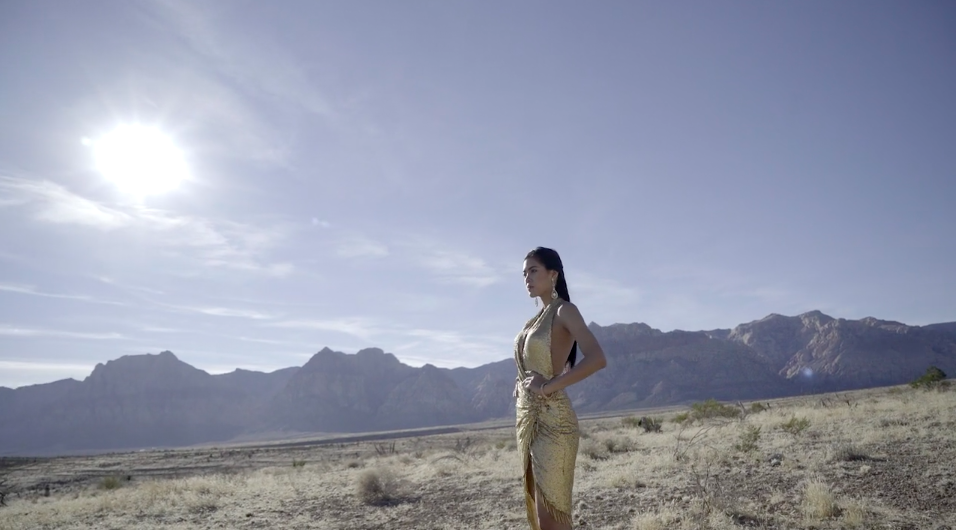 Congratulations to Kate Volarath, Educator/Healing Artist for L’ANZA and owner of Salon Anovin in Carpentersville, IL who was selected to design and style the hair of Nui Soupphaphone Somvichit, Miss Universe – Laos 2017 during a promotional video shoot in Las Vegas on December 9.

Kate Volarath was selected based her experience and expertise as a L’ANZA hair designer. Hours after receiving the call, Volarath jumped on a plane to Las Vegas where she consulted with the video production team to learn more about the 12-hour shoot scheduled to take place in three different locations — Red Rock Canyon, Caesar’s Palace Las Vegas and The LINQ Hotel & Casino. “I received the call less than 48 hours before the video shoot,” recalled Volarath, who is also from Laos and was able to fluently communicate with Nui and her production team. “So I packed up my bag of L’ANZA healing products and headed to Las Vegas the next morning. I was given a brief description of the clothing Nui would be wearing and the environments where each segment would be shot. From there, it was up to me to determine which hairstyles worked best.” Volarath had to take into consideration many factors when designing the right hairstyles for her model. She knew Nui would be outside during the hottest part of the day in bright sunlight, under fluorescent lighting inside a hotel, then back outside in the evening.
The clothing style also varied greatly, ranging from casual to bridalwear so each hairstyle had to be distinct and unique. “The biggest challenge was the tight timeline – I had 20 minutes or less to work on Nui’s hair in between each location,” said Volarath. “Each hair design had to be specific for the setting and her outfit, yet versatile enough to be quickly changed. Nui has beautiful long, thick hair so the additional challenge was being able to keep it all under control in the elements like the heat, wind and sun.” The first segment of the video shoot took place at Red Rock Canyon. Kate decided on a flowing sweetheart hair design to go with the shimmering gold dress Nui was wearing. She used a flat iron to straighten Nui’s hair, then used L’ANZA Color Illuminator and Brush Through Hair Spray before placing the hair into a heart shape with L’ANZA Hair Brilliance. L’ANZA Brush Through Hair Spray was also used during the on-location touch ups.
From there, the team headed back to prep for the bridal scenario, which took place at Caesar’s Palace. Volarath quickly curled Nui’s hair with L’ANZA Brush Through, then placed it in a bridal updo with a low bun, using L’ANZA Texture Spray and Keratin Healing Oil Spray. “Going from the second location to the third was by far the most challenging part of the shoot because I had five minutes to work on Nui’s hair and needed to take it from a formal updo with curls to a casual straightened look,” said Volarath. “The last part of the shoot was an evening walk outside around The LINQ so I took down the bun, and used a flat iron with L’ANZA Texture Spray and Color Illuminator. No question, the L’ANZA products made the transitions effortless and Nui’s hair looked flawless throughout the day.” The Miss Universe Laos production team was so impressed with Nui’s hairstyles that they are already in discussion about the next opportunity to utilize Volarath’s hair design talents and L’ANZA products for future promotional work.